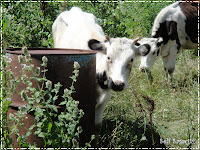 which is the male cow and which is the female cow? How can someone tell? The cow on the left is a female cow, but what about the ones in the bottom pictures? You can click on the pictures to enlarge.
That was my original thought, but my thoughts have since shifted to another subject we all can relate to. Humans, and how people compared the dating scene to a meat market, or a field of cattle.


I supposed it could be a similar in the way that there are a lot of different types of people and you don't know what you're going to get. But dating, or mate searching shouldn't be that way once you have settled on someone. I always believed it is how you present and yourself in the "open market", that yields what you end up with. Though this might not be true for some people, as there is such a thing as luck, and being in the right place at the right time. While I was dating, I didn't live by the same definition as many people. Dating to me was not hitting the fourth base after dinner, or even the first base if it was the first time you went out together. But "the act" was acceptable or expected by many people that were dating.

I met my SO on a Kung-Fu group campfire outing at New Brighton Beach, which I coordinated. Although we worked at the same company, same building, we were on different floors, different departments, and did not know each other.

My SO was invited by one of my KungFu group members. Even at the gathering, we were as far apart and as unfriendly as two people could be at a very close knit participated group. The majority of the group members were unattached, very single, including myself. It was what seemed as too brief of a moment in my life that I was really- really single. Although we all were on different levels of expectation and search mode, it didn't stop us from flirting like fools. But the great thing about this type of setting was being that we were part of a "sports" group, there is mutual respect among the members, and having worked at the same company just raises the bar a bit more as to how flirtatious one could be. So the result was a bunch of great single bachelors having a good time by the campfire.

Everyone was having a blast, including my unknown to be SO, until he blurted out a bold remark. It was so upsetting that I leaped up on the picnic table and was about to jump over the crowd to strangle him. One of the guys in my Kung-Fu group stopped me and pulled me back. I don't know why that guy stopped me, I mean, little old me, what could I have done to that 6'1 1/2" guy?

We should have left it at that...but of course things started being much more colorful in the months ahead...

You know, come to think of it, the selection period was a bit like a cattle field. Move them along if they didn't meet the standard requirements. All the candidates were all different, yet very much the same. What do you think of the term "meat market?" Is it because people try to bargain with each other? What was it like when you were dating? 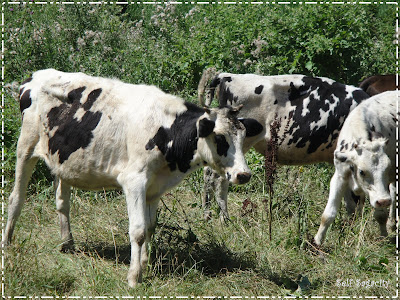 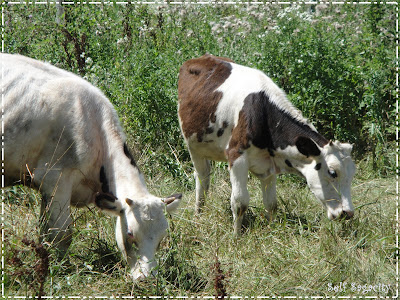 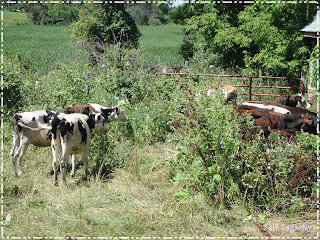 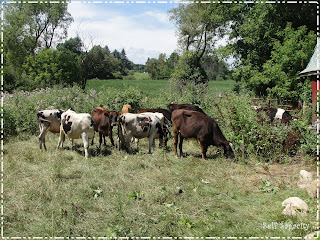 The lovely pictures are courtesy from Michigan Grandma's farm.