Please excuse my bragging today, because I am going to lay it on thick. I figured I better soak in the happiness as much as I can, because it helps keep me young! After all, one never knows what tomorrow might bring, even though I hope my other two children will too bring me proud moments such as these. I needed to acknowledge the blessings I received recently with my oldest child today. 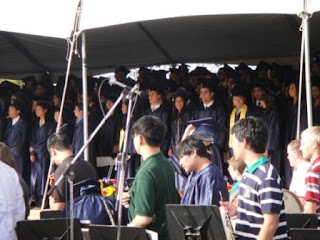 1) Dustin’s Graduation Pictures. He was placed in the front row even though his last name starts with N, they go by alphabetical. I am so glad for that because I can actually see him to take pictures. Those who were seated in the back had no way of getting a picture that you can actually tell who they were. 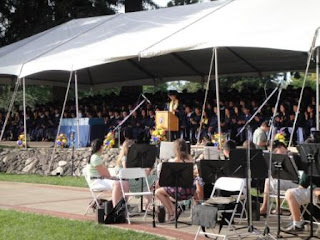 2) Dustin’s Commencement Graduation Speech for 453 students, he was chosen to be one of three speakers at the Graduation Ceremony. He spoke in front of close to 5,000 people, he is brave. This event also made it to our local newspaper for his inspirational speech and the comparison of students to super heroes. 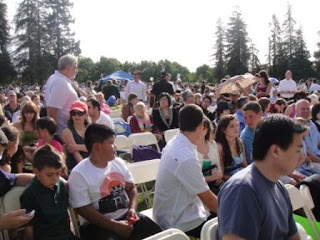 3) Dustin’s Comcast Award at the California State Capitol video. Accepting the Comcast Leadership Achievers Scholarship Award in Sacramento, California with two other district winners. Three students were chosen from each district, based leadership, community involvement / service and an written essay. He was also a lucky winner of a net-book/ laptop given as a bonus for college days. And I was lucky enough to have the camera on when his name was called for being first on the list!

5) Dustin’s Scholarship Award pictures at the California State Capitol. If your kid is near college age, look out for the Comcast Achiever's Award in your area. It is based on the Leadership Achievements, Community Services and a written essay. It was a very special day since there were Congressmen attending from their representing districts to honor the chosen scholars.

I am very proud and happy that he has ended the year with such wonderful accomplishments, and I wish for him to continue with many successes in the future years.