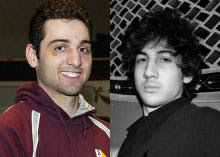 I don't normally get into this type of scene and discussion on Selfsagacity.com, but it is hard not to want to stay update when one of the bombers is still lose.
Imagine what the people in Cambridge must be feeling and going through. The town is on lock down, and the people are evacuated.
The whole Boston city is not flying, no schools, stores closed, and no one to leave the area. In case you are not able to get to the latest, below are some captures of this horrific event. Video & Photo 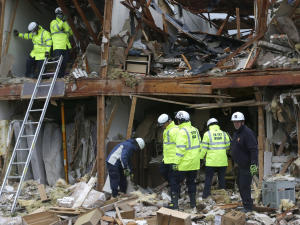 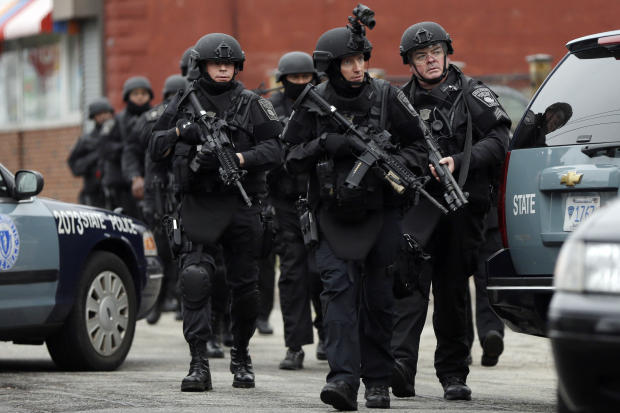 Police in tactical gear conduct a search for Dzhokhar A. Tsarnaev in Watertown, Mass., April 19, 2013. After a car chase and shoot out with police, one suspect in the Boston Marathon bombing, Tamerlan Tsarnaev, 26, was shot and killed by police early morning April 19, and a manhunt is underway for his brother and second suspect, 19-year-old suspect Dzhokhar A. Tsarnaev. The two men, reportedly Chechen in origin, are suspects in the bombings at the Boston Marathon on April 15, that killed three people and wounded at least 170. CREDIT: Matt Rourke/AP 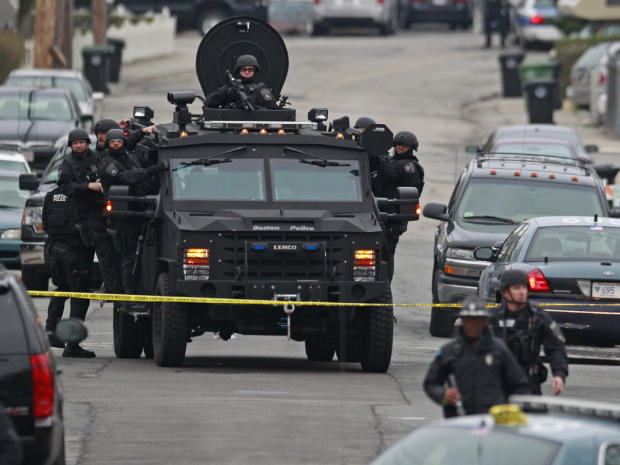 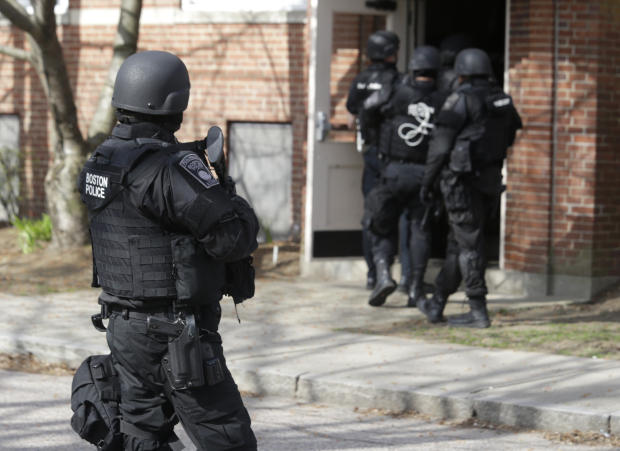 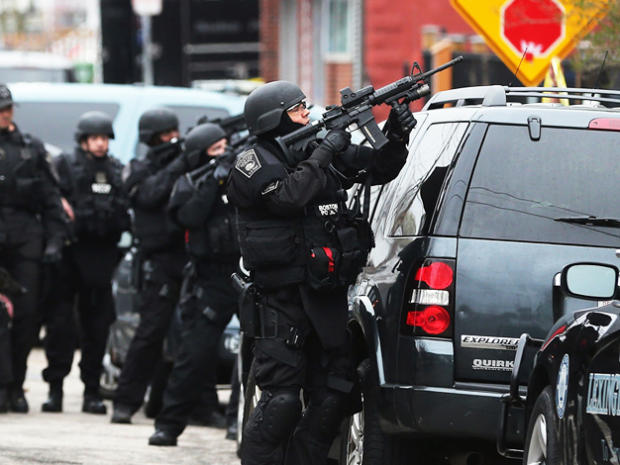 olice in tactical gear arrive on an armored police vehicle as they surround an apartment building while looking for a suspect in the Boston Marathon bombings in Watertown, Mass., Friday, April 19, 2013. The bombs that blew up seconds apart near the finish line of the Boston Marathon left the streets spattered with blood and glass, and gaping questions of who chose to attack and why. CREDIT: AP Photo/Charles Krupa

You can view more of this event on CBS news. Photos taken from the website as well.

Forgive my failures and omissions and draw me closer to you.