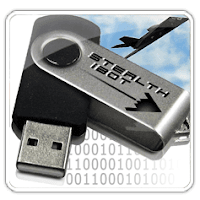 My girlfriend looked really sad at lunch yesterday. She told me her husband seemed estranged lately and she is running out of patience. She tried talking to him, but there is never any honestly.

Last weekend she went into his planner. She wanted to plan a surprise dinner for the two of them. She found a woman’s name on the pages, Christina’s Birthday, Christina’s anniversary at Sleaze Corporation, and some other dates including one that said Christina’s credit card payment. She was angry. She confronted him, he said it was nothing, just a co-worker trying to make her jealous, and asked that they not talk about it anymore.

He exists in the house. He isn’t moving out, nor participating in their lives. I couldn’t imagine living like that. So I told her about the key- logger, a system monitor or a hardware device that monitors each keystroke a user types on a computer's keyboard.

The easiest way to put all this suspicion behind and for her to be mentally normal again is to find out what is going on. And since her husband isn’t going to volunteer information, she has to figure it out herself. I showed her the video on how to use the Stealth iBot. All she needs is five seconds to input the key-logger, into one of the USB outlets on his computer, and remove it. Within those five seconds the Nano iBot attaches to Windows and begin the full monitoring process, or data surveillance attack. When she is ready to retrieve the information, she can input the Stealth iBot again. It is a quick and can be done before he even suspects anything is up. With the retrieved information she will be able to see all of his activities, if he goes to chat rooms, if he uses Yahoo messenger, or FaceBook the Stealth iBot captures up to 8,000 to 10,000 screen shots of his activities.

My girlfriend wanted to spy on her husband herself, but couldn’t because she always has the kids. She thought about hiring a detective, but given how much it costs, she couldn’t afford it. The Stealth iBot is a unique data surveillance tool that allows her to control how and when she gets the info. As all liars are good at deceiving, they can lie and not feel any remorse. I am sure that the moment she successfully monitors his computer activities, it is all over.

I learned about this computer spy device from wanting to monitor my son’s activities online. I wanted to make sure he wasn’t surfing on the internet to unapproved sites. I also wanted to know that he is really doing homework when he says he is. The best thing about being able to gather such data is the valuable proof. I won’t just be talking with assumptions, but I can show him exactly what I have.

This is one of many great inventions. Vice verse, someone could be using this on your computer, so remember what can be done in five seconds when you are not paying attention.